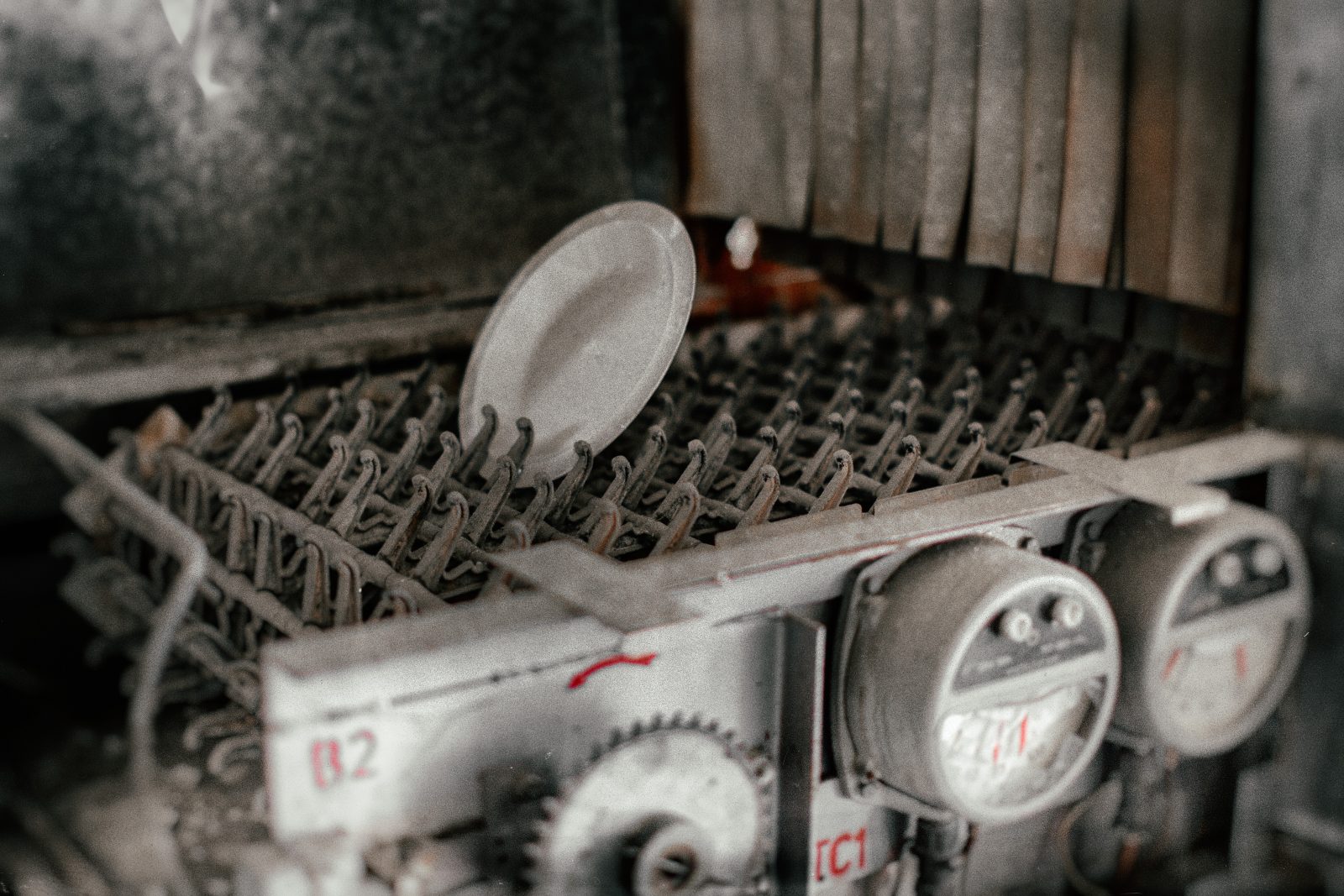 President Trump has always come off as, to put it nicely, an off-the-cuff speaker. Blurring the lines between improvisational and premeditated, Trump often begins at a talking point and then rambles until coming to rest at an unrelated point, dragging both into an unlikely union that confounds and frustrates all traditional rules of political rhetoric. Every monologue he makes has the trappings of a sales pitch, with Trump rarely mentioning anything that can’t be quickly understood or related to by the everyday American. Its comedic, its accessible, its easily digested, and most importantly: its everything that your ordinary politician is not. Is it disjointed? Sure, but that’s not the point. Who actually takes the time to write what’s coming out of a politician’s mouth? Almost nobody. You’re listening and reacting. Here’s an excerpt of a speech Trump gave to supporters in Battle Creek, Michigan on his grievances with water efficiency standards and pro-green standards:

“Uh, dishwashers. We did the dishwasher, right? You press it. Remember the dishwasher? You press it, boom, there’d be like an explosion. 5 minutes later, you open it up, there’d steam poured out, the dishes. Now you press it 12 times, women tell me. Again. You know they give you 4 drops of water and they’re in places where there’s so much water they don’t know what to do with it! So, we just came out with unintelligible name dishwashers. We’re going back to you. By the way, by the time they press it 10 times, you spend more on water, and electric! Don’t forget! The whole thing is worse cause you’re spending more on electric. So, we’re bringing back standards that are great. And better machinery that you can have the water again.”

Now, many people get so mixed up with the beginning that they lose track of what is at stake and what is actually being argued here. We as left-wing Americans get caught up in the mire of the story that we lose sight of the forest through the trees. Should Trump’s talking points and stories be challenged? Absolutely. These are the points that supporters will talk about. These are the areas in which research and facts can be utilized to discredit and push back. That is exactly why I wrote the brief on Trump’s railings against wind energy and the battle over renewable energy. However, when we do this, we must also keep in mind that Trump is selling something when he speaks. He’s selling a very particular product that appeals to, whether we like it or not, a large portion of Americans. He’s selling nostalgia: the chance to re-capture a part of U.S. history when uncertainty, discontent, and failure were not heavily discussed in the mainstream or a regular feature of the typical, white-toast, middle American dinner table.

Looking at the people who won Trump the presidency in 2016 is key to understanding this nostalgia. That year, the Morning Consult conducted online surveys and found that more than 60% of Trump supporters were white and did not have a college degree. However, less than a quarter of these people made less than $50,000 annually. Yet overall, Real Clear Politics found that a third of Trump supporters made less than $50,000 a year, with less than 40% being less than middle age. Pew Research found that 42% of women polled supported Trump. White women without college degrees over the age of 45 made up a quarter of his support. He won white college graduates by 4%, and voters 65 and older by 8%. In rural counties with less than 100,000 people, 9 out of 10 voted redder in 2016 than in 2004. Small and rural counties across American, and particularly medium-size urban centers in the Midwest, were the backbone Trump’s rise. To summarize, the typical Trump supporter is an older white male who does not have a college degree, earns less than the average American, and lives in a smaller or more rural part of the country. However, older white women without college degrees and upper middle-class whites without college degrees cannot be ignored. Although Trump didn’t win significantly more white voters than Republican presidential candidates of the past, it would appear that race is the greatest indicator of whether you voted for Trump or Clinton in 2016, with age being a close second.

This should not and cannot be ignored if we as liberal Americans are to make any significant progress towards combatting and pushing back on Trump policies, whether they be environmental or otherwise. Did you notice the more coherent, repeated statements in Trump’s comments about dishwashers?

“Remember the dishwasher?” “We’re going back to you.” “We’re bringing back standards that are great.” “And better machinery that you can have the water again.”

These are all mentions and call-backs to a previous time. A time before partisan deadlock, serious talks of climate change, the protracted conflicts in the Middle East, the rise of China, 9/11, the offshoring of American jobs, and the social and cultural upheavals that have been rocking the U.S. of late. This was a time of seeming American hegemony, with the world looking to the white knights of America championing the cause of freedom. Desert Storm, American-made products, Reagan, a well-paying job with benefits, middle class America. This was a time when white America could be confident in their nation and in its mission, as that was the narrative being told and it held true for most white Americans of the time. That narrative is now being challenged. 9/11 was the first attack of its kind on U.S. soil since Pearl Harbor and called into question American’s security at home and its power abroad. The war in Iraq was begun on falsities and has led to nothing but further conflict, while the war in Afghanistan bogged down the American war machine and enjoys little public support. China ate away at blue collar jobs and is now utilizing American’s dependency upon it to challenge the U.S.-dominated world order. Police brutality, racist institutions and policies, sexism, white privilege, and other issues are now being exposed and brought to light by the marginalized. Wealth inequality is rampant and there is a sense among both conservatives and liberals that the everyday citizen has little say in the American system. The glowing city upon the hill is being challenged.

This discontent, this fear, this anxiety, this desire to return to a previous state is at the heart of Trump’s support. When Trump speaks about cutting efficiency standards for dishwashers, he’s doing more than endangering environmental protections: he’s calling for America’s regression to a state of being in which older white people can feel comfortable. However, this America cannot hope to exist. It’s 2020. Burying your head in the sand and refusing to look inside the dark closet of skeletons will lead to nothing but the world leaving us behind. The radical notions of today are the benchmarks of tomorrow.

I myself very much enjoy my water-efficient dishwasher. It seems to work well. Does it wash everything perfectly all the time? No, but is there any proof that dishwashers from the 70’s did? I don’t think so. Maybe someone can run an experiment and compare them. Water efficiency standards were put in place to stop undue waste and doing away with them serves little proven purpose other than putting on rose-colored glasses for the past.