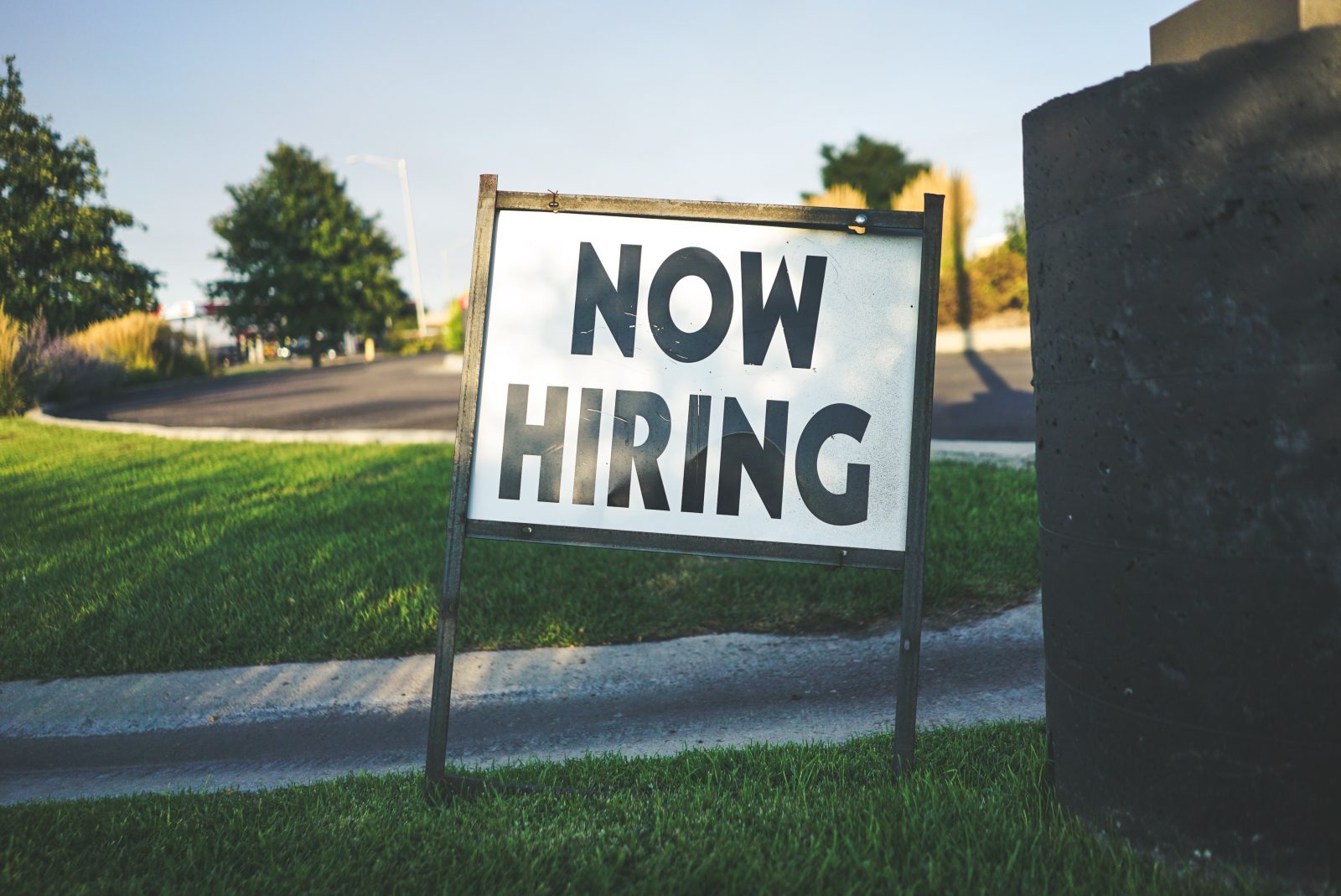 The opening arguments in the Senate Trial of Donald J. Trump are in the books. House Managers opened the proceedings and argued for 20 hours over three days that President Trump is a danger to the country who needs to be removed from office. Trump’s legal team presented a considerably more concise argument refuting the Articles of Impeachment and portrayed their client as an adept president, targeted by his political opponents. The legal merits of each case will be a source of discussion in Constitutional law classes and impeachments to come.

Donald Trump withheld $400 million in military aid to Ukraine and conditioned it on dummy investigations into Joe Biden and his son Hunter’s role on Ukrainian gas company Burisma. This was the allegation central to the House Manager’s first Article of Impeachment, Abuse of Power. It was the Democrat’s contention that this act constituted solicitation of foreign election interference at the expense of US national security. In meticulous and painstaking detail, Adam Schiff led the Senate and viewing public through a ‘’factually chronology’’ of the scandal. In January of 2019 the president’ personal lawyer, Rudy Giuliani, visited Ukraine in the hopes of instigating investigations into his client’s political rival. He found willing partners in well-connected Ukrainians disaffected by the new regime’s anti-corruption platform. Former Ambassador Marie Yovanovitch, represented an impediment to the White House’s back channel diplomacy, and well-connected Ukranians who had previously benefited from the corrupt status quo. Giuliani and co. orchestrated a smear campaign which would eventually lead to her recall.

Ukraine is a key US ally in fight against Russian aggression. They have been in a hot-war with their neighboring nation since 2014. The United Nations puts the estimated death toll  ataround 13,000. Newly-elected President Volodymr Zelensky was desperate, not just for the vital military aid, but for a White House visit, to demonstrate the United States’ strong support for his country’s efforts. Schiff highlighted the imminent danger faced by Ukraine and the power discrepancy between the two presidents as the leverage Trump would use to get Zelensky to do his political bidding.

The timeline of the hold on military aid had previously been somewhat nebulous. Mark Sandy, the lone official from the Office of Management and Budget to testify behind closed doors, cleared that up for investigators. His testimony was released by Democrats on Tuesday night. He stated word had trickled down to his office that Trump wanted a hold placed on the aid by mid-July, and on a July 18th call, an OMB staffer announced that a hold was to occur. Hours after the now infamous July 25th call, Sandy put the hold into effect. This proves Trump had made the unilateral decision to block the military assistance days before he would tell his Ukrainian counterpart he’d like him to ‘’do us a favor though.’’ Democrats had previously presented the testimony of EU Ambassador Gordon Sondland and Ambassador to Ukraine William Taylor and their understanding of an explicit quid pro in regard to the announcement of investigations for release of aid. Supporters of the president largely disregarded their words as second-hand and inferential. The evidence presented By Mark Sandy lends additional credence to their remarks before the House.

All this amounted to a violation of the Impoundment Control Act, according to a recently released Government Accountability Office report. The funds at issue had previously been authorized by Congress on a bipartisan basis. In order for the Executive Branch to freeze the funds, a rationale based on programmatic reasoning (when a program must be implemented before money is dispersed) or unavoidable delay, must be offered to Congress. No attempt whatsoever was made to explain the hold.

Finally Trump released the aid on September 11th, well after he learned of the whistleblower complaint and Congress had announced an inquiry into the delay of Ukrainian military aid. It is the contention of House Managers that all this amounts to an iron-clad

case that the president abused the power of his office by demanding that an ally (who’d just been elected on a campaign of anti-corruption) announce sham investigations that would boost his 2020 reelection prospects by withholding security assistance without cause. In doing so, they contend Trump violated his oath of office by prioritizing his political interests over the stated foreign policy goals of the United States.

The Obstruction of Congress charge is less convoluted and rests on shakier Constitutional ground. Their premise is that the sole power of impeachment lies with the House. As such it is the legal obligation of the Executive Branch to comply with subpoenas for any and all  documents or and witnesses. In October, White House Counsel Pat Cipollone responded to House subpoenas with a defiant letter stating no cooperation would be forthcoming, deriding the inquiry as ‘’invalid and unconstitutional’’, and claiming that the House lacked the proper oversight to compel testimony or documents in this instance. Trump would subsequently order all current and former Executive Branch employees not to comply with Congressional request for documents or appear before the House for questioning. Democrats view this as an affront to their ability to investigate matters within their purview and a threat to the separation of powers. It would also appear the House views this as an extension of the nonsensical claim by Trump that he cannot be investigated. Executive overreach of a lawless president was undoubtedly given weight in their deliberation; Donald Trump, at a Conservative rally last year said ‘’then I have an Article 2, which says I can do anything I want as president.’’ the clip was played numerous times throughout the presentation.             The Democrats made a compelling case that Donald Trump is liable to rig the next election however he can, a threat to our system of government and needs to be removed promptly.

Trump’s defense team presented a considerably briefer case over the three days they took to the Senate floor to defend the president. Their argument rested mostly on procedural issues, conjecture and a bit of projection.

The president did nothing wrong. No witness directly links Ukraine aid and Biden investigations. Even if he had, these Articles are too vague to stand. Trump is being victimized by political opponents who seek to ‘’undue the 2016 election results and interfere in the upcoming election.’’ These were the most common talking points heard from Trump’s star-studded defense team.

On the subject of innocence his lawyers focused primarily on the July 25th call between Trump and Zelensky that would eventually become the subject of the whistleblower complaint. Their interpretation of the call differed greatly from that of their Democratic counterparts. They contend the call featured no conditionality of aid, and nothing untoward that should have served as the impetus of impeachment.

This segued neatly into their attempt to legitimize their client’s purported concerns of corruption in Ukraine. Trump has always been skeptical of foreign aid. He said as much on the campaign trail and has repeatedly stated a disdain for what he’s sees as handouts. Ukraine, prior to the election of Zelensky ,has featured endemic corruption at the highest levels of government. So when Trump inquired into the activities of the Bidens in the country, he was not doing so for any nefarious reason, but acting as a responsible steward of American tax payer dollars. The alternative theory that Ukraine, and not Russia interfered with the 2016 election, has been debunked, but the president still seemed to put stock in it. His lawyers argued this belief spoke to his state of mind and his good faith intentions of ensuring American security aid was dispensed wisely.

The basis of the Obstruction of Congress charge was the White House’s blanket refusal to comply with subpoenas into the inquiry. Trump’s defense cited Executive Privilege as the rationale for senior level officials such as John Bolton to ignore calls to testify. Though the term was not found in Cipollone’s October letter or in the president’s orders to subordinates to prevent cooperation with the inquiry, his legal team argued it was his right to assert privilege to protect sensitive communication. Executive Privilege exists so that the president may receive honest counsel from close advisers who may otherwise be less candid if they were concerned what they say may later become public.

Also, Article II refers only to the official impeachment inquiry as it relates to the withholding of aid from Ukraine. In the case of Acting Chief of Staff Mick Mulvaney and eight other Executive Branch officials, subpoenas were issued after impeachment articles were formalized, at which point the House lacked the authority to issue subpoenas, thus making them invalid. Previous requests for information that  the Executive Branch claimed was privileged have been resolved in the courts, and it is there the Trump team contends these disputes should have been settled as well. It was only to meet their rushed and artificial deadline to impeach that Democrats did not allow the matter to be resolved by the Judiciary Branch. Trump’s defense teams does not believe the second Article of Impeachment constitutes obstruction in a legal sense, and certainly not to serve as the basis for removal from office.

Perhaps the most substantive words in defense of the president came from Constitutional Scholar Alan Dershowitz. Bucking the consensus of the legal community (and his own opinions concerning the Clinton impeachment) Dershowitz argued that a crime is necessary in order for a president to be removed from office. He asserted that the matter at hand is essentially a policy disagreement and sets a dangerous precedent for future presidential impeachments. Dershowitz also gave little weight to the GAO report finding that Trump had violated the ICA, calling it a partisan agency inclined to defer to Congress. The example he raised to demonstrate his point further was Trump selling Alaska to Russia if he thought it was the right thing. ‘’That would be terrible. But would it be impeachable?’’ ‘’Not under the Constitution’’ he contends.

In this politically polarized landscape, the Senate Trial represents something of a Rorschach Test. Each side made their argument that their desired outcome is in the best interest of the country’s present and future. Each case had its weaknesses; Obstruction of Congress is a bit dubious, Trump’s concerns about Ukrainian corruption isn’t crediuble. The entire exercise felt like a continuation of the controversies swirling around the Trump presidency since it began in January of 2017.

Ultimately House Democrats found themselves in a position similar to that of a football team down multiple scores with two minutes remaining in the game. They probably weren’t ever going to be able to do enough to achieve their objective. A vote on witnesses is yet to come, and a bit more suspenseful than they may have been earlier in the trial, but the outcome of the trial has never really been in doubt. The most significant consequences of Trump’s Senate Trial will likely be seen at the ballot box in November and future presidential impeachments.

Photo by Free To Use Sounds