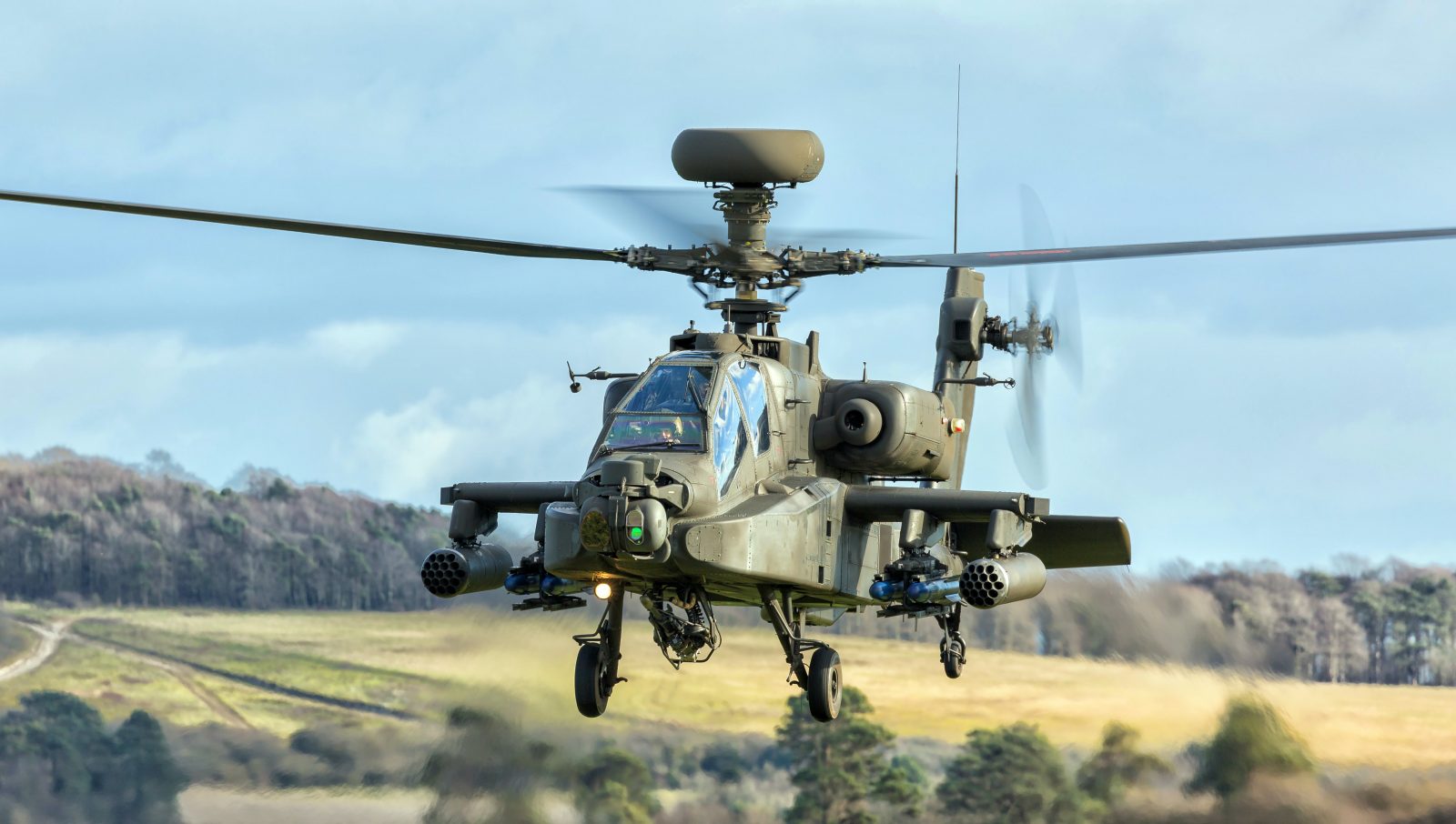 Conversations Across the Aisle is a new Blog Post created by USRN Reporter Brandon Mooney. The Post describes conversations between Brandon and a conservative colleague focused on today’s leading political issues.

I recently had a debate with a conservative about whether U.S. military bases bearing the names of Confederate generals should be renamed. It gave me a lot of perspective on how those on the right see the issue and why it is critical as a liberal-minded audience to have a concerted argument rather than a “righteous” opinion that suffers from a lack of facts and overall clarity. Therefore, I had the idea to write out the assertion that was presented to me and break it down into digestible segments that can be reasoned against. I hope that this exercise can help those presented with the same contention and be applied to other arguments as well.

The Civil War was about state’s rights, not slavery, so the names are not rooted in racism

This is an argument that I hear all the time from conservative pundits. “The Civil War was about state rights, not slavery.” It was what I was taught in American History class in high school. However, this feel-good, whitewashing fantasy needs to be put to bed because it is absolutely false.

The Constitution of the Confederate States mentions slavery five times. First, it maintains the notorious Three-Fifths Compromise from the U.S. Constitution. Second, it forbids the importation of “negroes of the African race” from foreign countries while specifically calling the Confederacy “the slaveholding States or Territories of the United States of America.” Third, it gives the Confederate Congress the power to stop the introduction of slavery into states outside of the original signing states. Fourth, it prohibits escaped or transported slaves from being freed and demands that any slave be returned to their owner upon capture. Fifth, it requires that in any territory admitted into the Confederacy that “the institution of negro slavery” be protected and recognized as legitimate. This is the supreme law of the land enshrining and entrenching the enslavement of African Americans. Sure, the states of the Confederacy seceded over state’s rights, but it was specifically the right to own slaves. You can’t dissect the two.

Just to hammer that point home, here are a few quotes from the so-called Cornerstone Speech given by Confederate Vice President Alexander Stephens. He says outright that “the immediate cause of the late rupture and present revolution” (i.e. the Confederacy) is the “proper status of the negro” (i.e. slavery). He goes on to say that U.S. Constitution “[rests] upon the [fundamentally wrong] assumption of the equality of races.” By comparison, the Confederacy was founded “upon the great truth that the negro is not equal to the white man; that slavery subordination to the superior race is his natural and normal condition.” Where are your state’s rights now?

Many American’s ancestors fought for the Confederacy, and it would be disrespectful to their memories to change the names

First of all, the idea that we shouldn’t rename things because it might hurt people’s feelings is rather rich coming from a political movement that regularly bashes so-called “snowflakes” and uplifts slogans such as “facts don’t care about your feelings.” But putting that aside, how does some Americans having Confederate ancestors mean that U.S. military bases should be named after high-ranking Confederate generals? This line of reasoning makes little sense to me. Just because your grandfather fought for something 159 years ago does not entitle you to a named military base. Acts of violence in the past are not deserving of exaltation based upon their existence alone.

In addition, we don’t name military bases or cities or what have you willy-nilly. We name them to highlight, venerate, honor. I would argue that there is no need to do any of this for these men. They fought to maintain an economic, social, and political system based upon a racial hierarchy that enshrined the white race as being superior to all others. It does not matter if your Confederate ancestor owned slaves themselves or what have you. They were fighting to maintain slavery. That’s it. I say again: there is no reason to highlight, venerate, and honor these men. By all means, remember them as your great-great-great grandfathers, but never forget that what they fought for was wrong. End of story.

I would first like to say that naming a military base after someone that didn’t want to be an American is argument enough in my book. They were traitors. Plain and simple. But I will entertain the argument that the time period and reasoning for naming should affect the decision to rename a base.

So, let’s look back at the nine active U.S. military installations named after Confederate generals. All were built between 1909 and 1942. In fact, six of them were built in either 1941 or 1942. All are in states that were part of the Confederacy. Most of the Confederate generals were either military failures or architects of the Jim Crow era. Fort Hood’s namesake was known for his aggressive and overly reckless tactics that would lead to his command’s ultimate defeat. Fort Pickett’s namesake lead the infamous “Pickett’s Charge” at Gettysburg and hung deserters. Fort Polk’s namesake had no prior combat experience and lost almost every battle he was a part of. Fort Gordon’s namesake is believed to have been the head of the KKK in Georgia. Both Fort Benning’s and Fort A.P. Hill’s namesakes publicly said that they would rather die than see African Americans be equal citizens. Fort Bragg’s namesake went down in history as one of the worst generals in the Confederacy and was widely hated by his men. Why were these men chosen?

Well, I would argue it came down to the time period. Although the second manifestation of the KKK had largely died out by the 1940s, in the mid-1920s it claimed to have 4 – 5 million members (or 15% of the nation’s eligible men). These racist sentiments don’t simply die out. Jim Crow laws were still entrenched and wouldn’t be challenged for another decade. The U.S. military needed Southern support for recruitment and the war effort during World War I and II. Organizations such as United Confederate Veterans had long ago realized, in the words of a report by the Grand Camp of the Confederate Veterans of Virginia, that emphasizing the rebellion’s connection to slavery would “hold [Confederate veterans] degraded rather than worthy of honor.” The Confederate cause was re-formed around an idea of state’s rights, Southern pride, fighting in defense of one’s homeland, and honor on the battlefield. Talk of being rebels, traitors, and slavery was shoved under the carpet.

In short, the U.S. military symbolically agreed to this narrative in order to gain support. It needed the South to go along with the war, and the military knew very well that playing into the emerging hero cult around the Confederacy and racism would ensure that. So, they chose some generals and named the bases after them. And that, in my opinion, is not a good enough reason to not rename a base.

The argument that always came back up was that the base names were a part of our history, and that renaming them would be equivalent to erasing it. I find that this is an all-to-common clapback by conservatives to liberal audiences demanding the removal of names or statues or what have you. However, I believe that it holds little actual weight, and is in fact easily picked apart.

How does renaming a military base somehow equate to “erasing history,” exactly? It’s not as though we as a nation will somehow forget that the Civil War happened. Or that these men participated in it and fought for the cause of slavery. You don’t need to name a military base after a Confederate general to remember the Confederacy. Robert E. Lee and others like him will not suddenly vanish into the annals of history, never to be seen again.

I would argue that conservatives don’t actually believe that renaming the bases is equivalent to erasing history itself but erasing the feel-good Confederate narrative that we have discussed above. Renaming the bases means that we as a nation are symbolically stripping away any credence or belief in the story of brave Southern men charging into battle for state’s rights, regional autonomy, and the honor of Antebellum life. It means accepting that these previously hallowed men will be judged at their whole, as deeply flawed, racist traitors that fought for the enslavement of their fellow man. It means a step towards addressing major systematic racial inequalities that have persisted throughout American history. It means examining prejudices, admitting to wrongs, and grappling with a history that many white audiences would rather ignore.

The bottom line is that renaming something isn’t equivalent to forgetting or erasing. Children will still be taught, academics will still study, and layfolk will continue to debate the legacies left behind by these men. It simply means that the old story isn’t being accepted anymore. We as a nation have a responsibility, a debt, and a pressing need to address the wrongs of the past. The past few months have proven nothing if not that. And nothing will come of it if we continue to memorialize, venerate, and ultimately fetishize Confederate men and the values that some would have preferred them to have fought for.