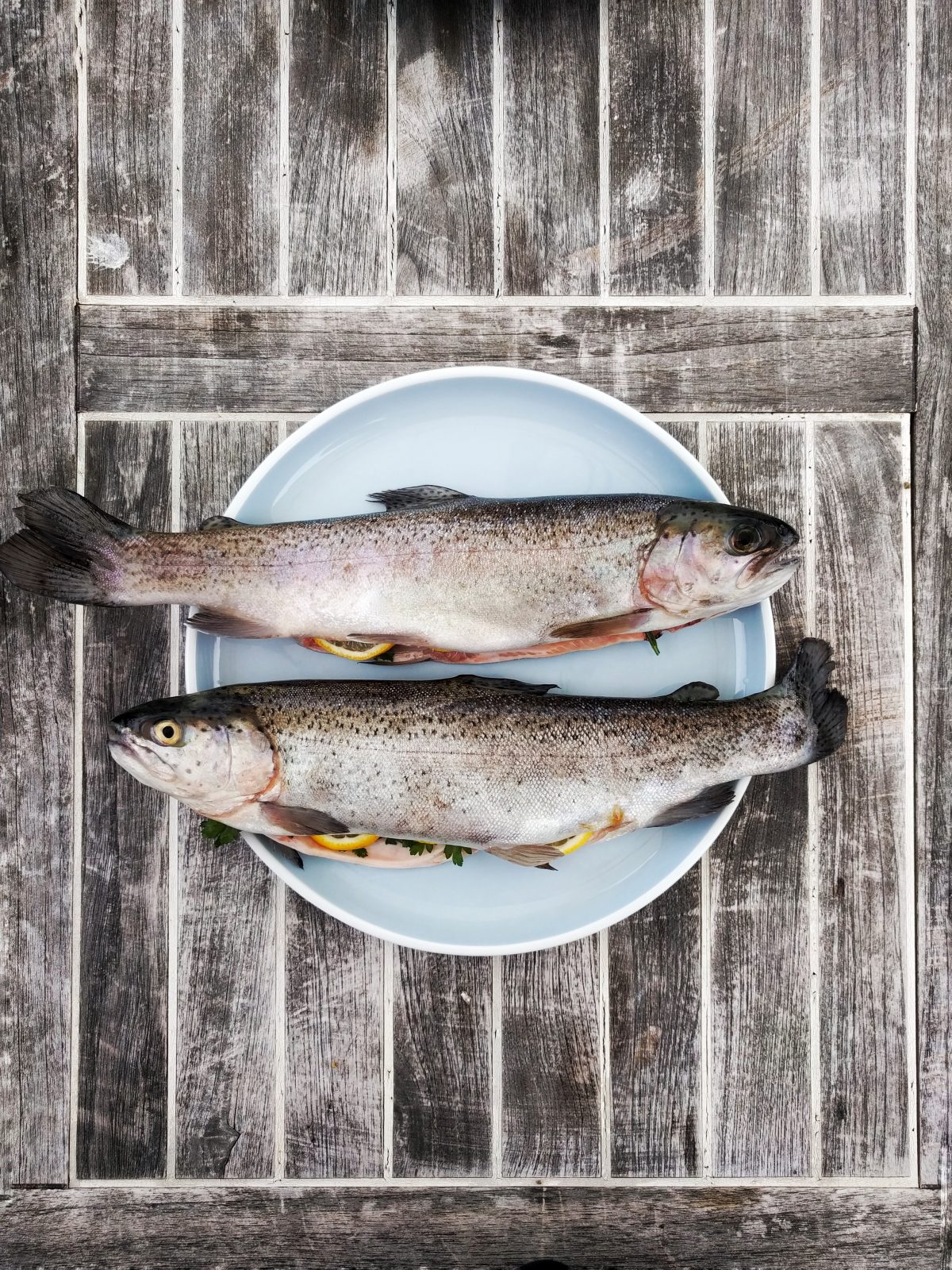 The wolverine is a rather elusive character. Only about 300 of these iconic mammals exist in the United States’ lower 48 states. With a broad head, short round ears and long snout, wolverines resemble a miniature bear with a bushy tail. Each animal covers a wide range, traversing mountainous terrain, trotting across snowpack with large snowshoe-like paws. Wolverines feed primarily on scavenged carrion and can use their strong jaws to pry open frozen carcasses, providing a food source for other scavengers once they have had their fill.

Wolverines were nearly eradicated from the contiguous United States in the early 1900’s, victim to “fur trapping, predator poisoning and lack of prey due to sheep farming” and overgrazing. Over 90% of their potential habitat in the U.S. lies on Federal lands and wilderness areas. Efforts to protect wolverines by placing them on the Endangered Species List, have existed since 1994, but continually face denial by the United States Fish and Wildlife Service (FWS). Previous protection attempts have been denied by the FWS, because “conservation groups could not provide empirical data on how wolverines’ range had changed over time because of humans.”

However, in 2013, under the Obama administration, the FWS acknowledged evidence suggesting climate change as an existential threat to wolverine populations due to decreasing snowpack throughout their range in the lower 48. The FWS proposed a rule to federally protect them as “threatened,” under the Endangered Species Act. Female wolverines rely on a substantial snowpack between February and April, seeking out “the deepest snow available to make their dens in snow tunnels or under snow-covered rocks or logs.” The FWS described the wolverine population in the lower 48 as distinct from its neighboring population north of the Canadian border, and thus deserving of protection.

Despite the position taken by the agency in 2013, the FWS withdrew its proposal the following year, rejecting previous studies and insisting that “Even under conditions of future reduced snowpack, sufficient habitat will likely remain.” Following this reversal, Judge Dana L. Christensen of Federal District Court in Montana ordered the FWS to reevaluate their decision. Judge Christensen and the District Court determined that, “immense political pressure that was brought to bear on this issue, particularly by a handful of Western states,” was the reason for the reversal. He called the agency’s rejection of previous studies “arbitrary and capricious,” even pointing to written documents within the agency that “expose the likely motives — freedom from perceived federal oversight, maintaining the public’s right to trap — behind the states’ efforts against listing the wolverine.”

On October 8, 2020, per Judge Christensen’s order to reevaluate its refusal to protect wolverines, the FWS under the Trump administration announced its final decision that wolverine populations in the United States do not require federal protection. The agency wrote, “The best available science show that the factors affecting wolverine populations are not as significant as believed in 2013. … Accordingly, the Service has withdrawn its listing proposal.”

In a press release, the United States Fish and Wildlife Service wrote, “New research and analysis show that wolverine populations in the American Northwest remain stable, and individuals are moving across the Canadian border in both directions and returning to former territories. The species, therefore, does not meet the definition of threatened or endangered under the Endangered Species Act (ESA).” Noreen Walsh, Colorado’s Fish and Wildlife Service Regional Director said, “In the time since our original proposal, the science on wolverines has been greatly advanced thanks to the work of state wildlife agencies and researchers in the U.S. and around the world.”

Despite the agency’s own 2013 determination that wolverines south of the Canadian border represent a distinct population from those northward, todays FWS claims “New information from genetic and observational studies shows that wolverines in the lower 48 are connected to populations in Canada and Alaska, these populations interact on some level, and migration and breeding is possible between groups.” Thus, “Wolverines in the lower 48 states do not qualify as a distinct population segment and they are instead an extension of the population of wolverines found further north.” Leader of the agency’s Montana project, Jodi Bush, claims the decision was based on new science and “was not a political decision.” Bush says, “If wolverines need snow, we think that there’s going to be enough snow out there for them.”

Environmentalists and conservation groups are skeptical of the agency’s credibility. Jeff Copeland, wolverine expert and director at The Wolverine Foundation says, “My primary concern is that [FWS’s] decision was not based on good science. Either it represents a gross misinterpretation of the science or a purposeful misrepresentation of the science in order to produce a preconceived result.” Copeland notes that wolverines avoid areas used by snowmobilers and backcountry skiers, but climate change has reduced the degree of separation and has forced wolverines to find new habitat. However, as Copeland points out, “This is an animal with extremely specific habitat requirements. It lives in a very narrow environmental niche that can be easily impacted by climate change. There is no reason to believe that it is adaptable to other climate situations.”

Brad Smith, director of the North Idaho chapter of the Idaho Conservation League, said of the agency’s decision, “It’s a continued pattern of wanting to stick their heads in the sand about climate change and not do anything about the impacts that greenhouse gas emissions will have on species. With the current administration, there’s been a rollback of many protections for the environment and for listed or proposed species.” Opinions are mixed however, over how best to manage wolverine populations and habitat. Bob Inman, the carnivore and fur bearer coordinator for the state of Montana, feels that leaving regulation decisions up to local governments might actually “persuade landowners to grant easements for wolverine corridors, connecting one mountain peak’s wolverine population with another.” Inman says, “People get the perception that ‘the feds are coming to take my land.’ That’s not the way to be successful. The way to be successful is to convince people that they would be part of something important.”

Conservationists however, such as Copeland, feel that relying on local regulation may not be enough. Copeland explains that, “Some of the places I worked in the ’90s, where I was able to readily capture wolverines, they’re gone now. These little sub-populations could blink out and be gone without us even knowing.” Eric Odell, species conservation program manager at Colorado Parks and Wildlife argues that with federal protections, “We might be able to increase the [wolverine] population by a third, because there is so much suitable, unoccupied habitat.” But, because of financial and regulatory obstacles resulting from the federal government’s decision, “Now we’re back to square one.” If wolverines had been approved for protection under the Endangered Species Act, “the FWS would have to draft a recovery plan that applies across the species’ entire US range and designates certain areas as critical wolverine habitat.”

Jodi Bush says the Western States Wolverine Conservation Project will continue to fight to protect wolverines at the state level. Andrea Zaccardi of the Center for Biological Diversity says, “We’ve been fighting to get wolverines the federal protection they deserve for decades. And we’re going to keep fighting.” Jonathan Proctor of Defenders of Wildlife says, “With this decision, the Fish and Wildlife Service has abandoned its moral and legal obligation to protect these animals. But we will not abandon our efforts.”

The fight is a contentious one, and as explained by New York Times reporter, Catrin Einhorn, the debate is about more than just wolverines. In this country, there are “deep-seated cultural and political beliefs about how best to protect animals, how much power the federal government should wield over states and even how humans should interact with nature in the first place.” As EarthJustice lawyer, Timothy Preso puts it, “There is a group of people in the Northern Rockies that traps and snowmobiles and wears Carhartt, and another group that wears Patagonia and wants to see a wolverine track in the snow. A lot of these issues are characterized by the tension between those people.” Finding ways to ease those tensions and establish authentic dialogue may prove a necessary step to creating sustainable solutions for the many complex issues facing our country.