President Trump Paves the Way Towards War With Iran 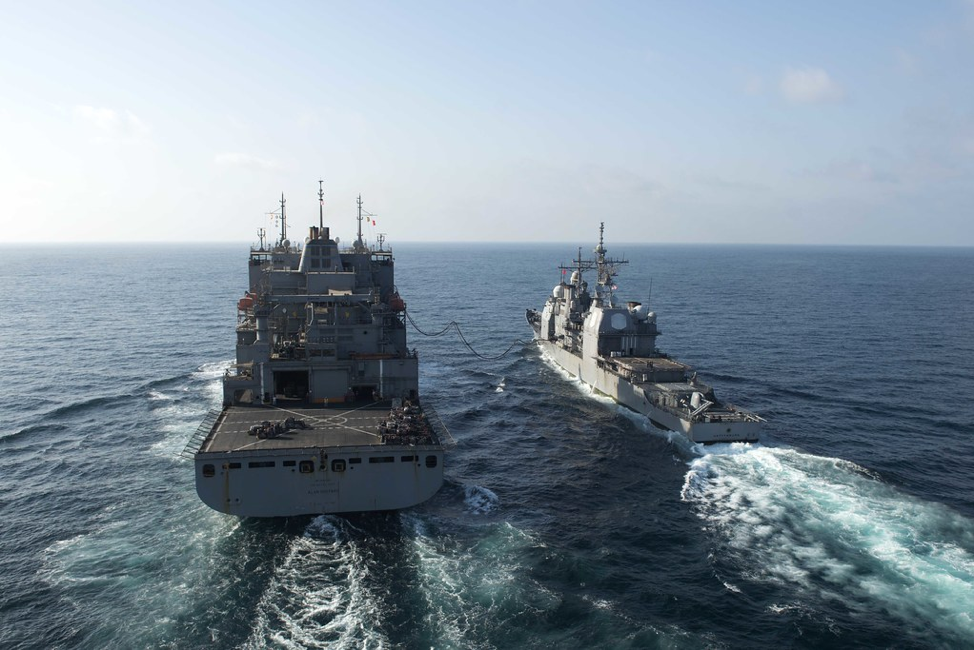 Summary
On June 20th, the New York Times reported that President Trump had ordered a military strike against Iran but canceled it while the planes were in the air. “We were cocked & loaded to retaliate last night on 3 different sights when I asked, how many will die” the President tweeted, “150 people, sir, was the answer from a General. 10 minutes before the strike I stopped it, not proportionate to shooting down an unmanned drone.” The day before, Iran had shot down an unmanned US surveillance drone. The US and Iranian governments both released conflicting reports of the GPS coordinates at which the drone was destroyed, with Iran claiming it was within Iranian borders and ignoring radio warnings, while the US claimed it was 20 miles into international airspace.

A week before this incident, US Central Command reported that two vessels were hit by a limpet in the Gulf of Oman, and released a video claiming to show an Iranian Revolutionary Guard boat removing an unexploded mine from one of the tankers, the Japanese owned Kokuka Courageous. The next morning the Courageous’s owner contested the US military’s version of events, stating that the ship was attacked by a flying projectile. The attack came just as Japanese Prime Minister Shinzo Abe met with Iranian President Hassan Rouhani as part of a diplomatic mission to smooth over contentions with the United States.

The tension between the two countries has steadily grown ever since President Trump unilaterally withdrew from the Iran Deal in May of last year, despite Iran’s commitment to the terms of the deal. Sanctions were placed upon Iran, severely hurting the country’s ability to export oil – a painful erosion of Iran’s economy. In May of this year, US National Security Advisor John Bolton sent an aircraft carrier and a bomber task force to the Gulf of Oman. The stated goal of this military buildup was to “send a clear and unmistakable message” in response to unspecified threats. Iran has recently resumed stockpiling low-enriched uranium. If it passes the 300kg cap it will be considered to be in violation of the Iran Deal.

Even if the US government is telling the truth with regards to the destroyed drone, military action against Iran is still not legally justified. The Chicago Convention on International Civil Aviation, of which both the US and Iran are signatories, maintains that “every State has complete and exclusive sovereignty over the airspace above its territory.” Former Air Force navigator and intelligence officer H. Bruce Franklin explained that even if the drone was in international waters, there is a further range for which a state has the right to demand identification, and that “any unidentified drone flying within 17 miles of the US would most likely be shot down.” The United Nations Charter also requires that military force be used only in self-defense or with the approval of the Security Council. Even under US domestic law, military force is only allowed after a declaration of war by Congress, a national emergency created by an “attack upon the United States, its territories or possessions, or its armed forces”, or “specific statutory authorization”, per the US War Powers Resolution. None of these requirements have been met, meaning this would be an illegal war.

On Wednesday, President Trump told Fox News that a war with Iran “wouldn’t last very long.” This represents a vast underappreciation of the challenge presented by a military standoff with Iran. In 2002 the US military conducted a war game in the Gulf of Oman to test and display its new military capabilities called Millenium Challenge 2002. The opponent, referred to simply as “Red”, was a clear stand-in for Iran. As soon as the battle began, Red overwhelmed the US Navy with a bombardment of low-tech weaponry, quickly destroying the US carrier and dozens of ships. The simulation had to be restarted with the Red team severely handicapped for the US to achieve victory. The exercise laid bare the hubris and weakness of a military which prioritizes expensive defense contracts over military utility, as well as the difficulty of defeating a capable opponent in the region.

What makes it so easy to illustrate the disaster that would be a war against Iran is that we have such clear examples of comparable mistakes in just the past two decades. The Iraq War was sold based on fabricated threats and billed as a simple in-and-out regime change. When Iraq was invaded, it had less than a third of the population of modern-day Iran, as well as a smaller military and less wealthy society. Defeating the Iranian military would be a long and expensive conflict, but it’s important to remember that’s just the beginning of the true war. It took a little over a month to defeat the Iraqi military and seize the country, but US armed forces remained in the country for a decade, fighting a brutal war against a lingering insurgency. A war in Iran would likely pull in other militant groups, particularly Hezbollah, who have shown themselves to be highly proficient in asymmetrical warfare. The Straight of Hormuz would likely be shut down, preventing the transportation of one-third of the world’s oil supply. The Middle East would certainly be further destabilized, and conflict would likely spill over into Israel, Saudi Arabia, Afghanistan, and Iraq. In the past five years, the Syrian Civil War spurred a migrant crisis which placed enormous strains on the institutions of European governments and prompted the rise of far-right political parties across the continent. It’s difficult to imagine the number of ways that this war could, and likely would go wrong. We see foreshadowing in the regional conflicts of the past several decades. The difference here is that it would all be magnified to a level we likely haven’t seen before. If President Trump, Mike Pompeo, and John Bolton push us into this war it will be a historical catastrophe, and the only solution would be a return to the anti-war solidarity and activism our country has seemed to have forgotten.